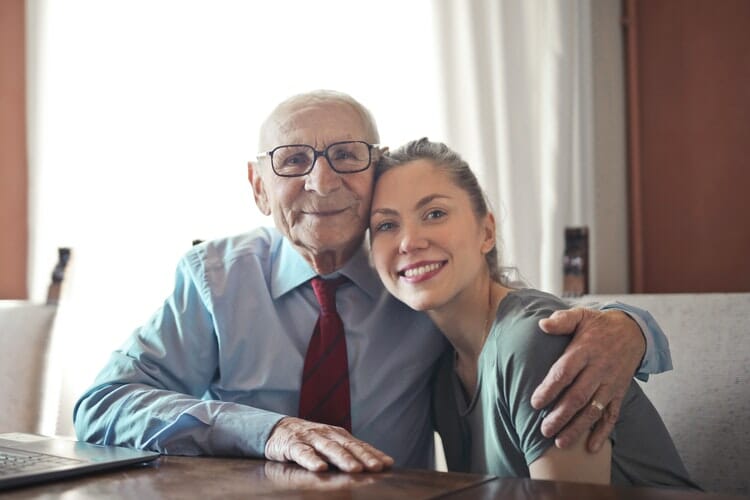 Nursing home abuse and neglect can happen anywhere, including in nursing homes and assisted living homes where families believe their loved ones are safe.

Understanding the types of nursing home abuse, signs and symptoms will give you the tools needed to protect yourself and your loved ones from this unfortunate reality.

There are over three million adults currently living in nursing homes and long-term care facilities in the United States. As the country’s population ages, the number of nursing home residents is expected to increase.

In fact, as many as 40 percent of adults may reside in a nursing home or assisted living facility at some point in their lives. While most of these elderly individuals are well taken care of, the unfortunate reality is that some are suffering from elder abuse and neglect.

Current studies show that nearly one in every six residents residing in nursing homes or other long term care facilities may become the victim of abuse or neglect each year.

Overall, around one in ten Americans over the age of 60 have experienced some type of elder abuse.

What is Nursing Home Abuse and Neglect?

According to the Centers for Disease Control and Prevention (CDC), elder abuse is an intentional act or a failure to act that causes or creates a risk of harm to an older adult, age 60 or older.

Often, the perpetrators of elder abuse are caregivers or other people whom the elder person trusts.

Nursing home abuse and neglect can occur in many different forms. These forms of abuse include:

Physical abuse occurs when someone intentionally uses physical force and causes pain, illness, distress, impairment, or death to an elderly person. This form of abuse includes acts such as pushing, slapping, hitting, kicking, or burning.

Emotional and psychological abuse refers to either verbal or nonverbal behaviors that cause fear, distress, mental pain, or anguish to an elderly individual.

Some examples of emotional and psychological abuse include humiliation, threats, harassment, disrespect, and isolation.

Sexual abuse includes any forced or unwanted sexual interaction of any kind with an elderly person. This form of abuse may also include non-contact acts like sexual harassment, as well as unwanted sexual contact or penetration.

Some elderly individuals are unable to consent to sexual acts due to medical conditions. Sexual interactions with an elderly person who cannot consent to the acts is also considered sexual abuse.

Financial abuse includes any unauthorized, improper, or illegal use of an elderly person’s money, belongings, property, benefits, or assets for the benefit of someone else.

Other actions that constitute financial abuse include tricking or convincing an elderly person into adding the perpetrator to their will or financial accounts as a beneficiary.

Neglect can also include the failure to protect the elderly person from health and safety hazards.

There are certain risk factors that have been found over time to be associated with instances of nursing home abuse and neglect in the elderly population.

Risk factors associated with perpetrators of elder abuse and neglect include:

Signs of Elder Abuse and Neglect

If you are worried that an elderly loved one may be a victim of elder abuse or neglect, there are some signs you should watch for. Signs of elder abuse and neglect include:

Another indicator of elder abuse and neglect is when the elder individual is not given the opportunity to speak for themselves.

Social isolation or activity restrictions can also be red flags that loved ones should watch for.

If you notice attitudes of indifference or anger toward your elderly loved one by their caregivers or nursing home staff, this could also be a concerning red flag that something serious is going on.

When one or more of these signs are present, it is worth taking a closer look at the situation. Knowing these signs can help you be prepared to take action if needed.

While instances of elder abuse and neglect can cause serious injury and illness in the immediate aftermath, there are also some long-term effects of this abuse.

One concerning statistic is that elders who have been victims of abuse have a 300% higher risk of death, as compared to elderly individuals who have not been mistreated.

Red Flags to Look Out For in Nursing Homes

There are some other risk factors, more specific to nursing homes that you should keep in mind if you have a loved one living in one.

These are also some things to consider before they move into a nursing home:

First, a high patient-to-staff ratio may be a red flag.

This is a concern because the staff may be overwhelmed with taking care of more patients than they can handle.

Staff members may not be able to provide adequate care, which can lead to neglect or injury.

A high rate of staff turnover may also be a red flag.

Continuity of care will certainly be affected, and it also makes it difficult for staff members and residents to form a bond.

Also concerning is the fact that there could be some underlying reason that so many staff members are quick to move on.

Lack of proper training for staff members is another red flag for potential elder abuse and neglect.

Without proper training, staff members may not be able to appropriately handle difficult situations with residents that may lead to injury.

Another red flag is a lack of abuse prevention policies in effect at the nursing home.

Without these types of policies and procedures, there may not be steps in place to help prevent abuse and neglect.

One way to help prevent this type of abuse is for nursing homes to provide regular training for their employees on the topic of elder abuse and neglect. Nursing homes can implement policies and procedures regarding patient care to support this.

Another way to help prevent elder abuse in nursing homes is to have effective monitoring systems. With monitoring systems in place, instances of abuse and neglect can be identified quickly and handled appropriately.

Instances of elder abuse and neglect often go unreported. This happens because these instances can easily go unnoticed or be difficult to detect.

Elderly individuals in nursing homes also may have medical conditions such as dementia or Alzheimer’s disease, which can cause them to be unable to remember enough details of the incident to make a report. In other cases, elderly residents may want to report instances of abuse or neglect but are fearful of what may happen to them if they do.

Instances of elder abuse and neglect may also go unreported because the victim is ashamed and believes the abuse is their fault. They may also not want to see themselves as victims.

Unfortunately, the reluctance of a victim to report abuse may be due to manipulation by the perpetrator of the abuse.

How to Report Elder Abuse and Neglect

Reporting elder abuse and neglect is important, as it may save your loved one’s life. You may also save the lives of other victims.

If you have concerns that an older adult is in immediate and life-threatening danger, call 911 right away.

If you suspect that an elderly person is being mistreated or suffering from abuse, you can contact the police or your local Adult Protective Services office.

You can also contact the Long-Term Care Ombudsman’s office, which is administered by the California Department of Aging. This agency is responsible for investigating reports of abuse in nursing homes and other long-term care facilities.

If you or a loved one has been a victim of elder abuse or neglect, you may be eligible for compensation. An elder abuse and neglect attorney can help you fight for your legal rights.

Victims of elder abuse may be entitled to compensation for the pain and suffering they experienced due to their injuries. In many cases, they are also able to collect money for the medical bills that they incurred for treatment.

Under certain circumstances, such as cases involving extreme mistreatment, recklessness, and malice, punitive damages may also be available. Punitive damages are often awarded as a large sum of money, typically designed to punish the at-fault party. This remedy is also designed to deter similar behavior in the future.

To successfully win your lawsuit against the nursing home, you will need to prove the necessary elements of your case.

You will need to prove that the nursing home in question breached a duty of care to the resident. This can typically be proven with the care contract between the parties.

You will also need to prove that the nursing home breached the duty of care to the resident. This means that you need to show that they did something that they should not have done, or they failed to do something they should have done.

Finally, you must prove that the nursing home resident suffered some kind of harm as a result of the breach of duty.

The damages, typically the resident’s injuries, will often be proven by the use of medical records and bills. Pictures of the injuries can be very helpful.

Witnesses to the abuse or neglect can also be very helpful in proving your case.

If other documentation is available, such as diaries or journals, that evidence can be very helpful with your case.

If you or a loved one is a victim of nursing home abuse or neglect, an experienced attorney can help.

The attorneys at the Peck Law Group have decades of experience successfully fighting for the rights of elder abuse and neglect victims.

We have multiple law offices in the state of California, so we can help serve a greater portion of the state.

Contact us today at (866) 999-9085 to schedule a consultation or use the form on our website to learn more about how we can help you and your family get the compensation you deserve.